Archive for the ‘remake plz’ Tag

Did I trick you with that headline? I don’t know if that’s ever gonna happen but we gotta dream right? Yes we do. Anyways this post is not really about that. Altho I truly wish it was.

Brian Leahy Art wants to tell you about the band its in.

“Um, our band is called W Summon. We’re named after that piece of materia from Final Fantasy VII that lets you cast the attached spell twice in a row. Awesome”

We’ve been playing monthly at the No Name Bar on the Hill in Boulder, CO

Look for us to start playing in Denver this summer.

Been carting some paintings over there for the shows…here you can see “Greater Than / Less Than” in the background. Ugh. Hipsters. 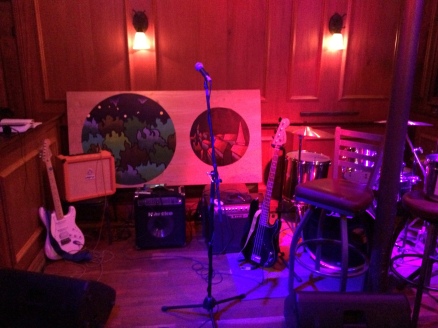 “Greater Than / Less Than” painting in the background

Will joins us on guitar. He’s the real deal.

Robert plays bass and sings. What a nice young man.

Come hang with us at the next show. I’m going to keep talking about these things on BrianLeahyArt.com as I start to blend the two worlds more. and more.